How to Find a Team Mate

The Torne river runs from the mountains of Norway, through Sweden into the Bay of Bothnia on the Swedish/Finnish border, mainly within the Arctic Circle. It’s a non-dammed, pristine waterway, perhaps Europe’s last river wilderness with an abundance of wildlife. In summer, it’s a swift flowing river, but in winter it’s frozen white, cold and desolate: perfect for a winter trip.

I had planned to ski upstream on the frozen Torne from its estuary in the Bay of Bothnia to its source, any one of the many tributaries winding through icy forests, until the landscape becomes featureless and indescribably white. That was the idea until, on a reconnaissance trip, I fell through the river ice. It could have been disastrous, a classic textbook scenario: the noise of cracking ice before disappearing into black freezing water, pulled under by the river current and lost forever. I was in snow shoes, in the middle of the wide river, with ski poles and a small backpack; not a soul about. It’s the noises I heard that set alarm bells ringing: a vibrating whooshing noise with a simultaneous shudder that went right through my snow shoes and into my feet: time to get off the ice. Close to the river bank, my legs just disappeared, my feet in water. I was now just waist and arms above the ice, the rest of me lost below. I pushed down with my arms and ski poles, belly flopped, sunk some more, my whole body flat and disappearing. I edged along and quickly had my feet out, crawling until the ice felt hard again. I had walked over a fast moving creek that joined the main river. Between the fast moving water and the ice is an air gap, a weak spot where an unspecified weight can crack the ice, potentially making it collapse. Sometimes a truck can be driven on the ice, other times it can crack for no apparent reason. If in doubt, take the long way round!

I had only been on a few hundred meters of frozen river; the entire length of the Torne is well over five hundred kilometres. The risk was great and, as I didn’t want to be pulling a sledge loaded with gear and supplies along the densely tree covered river bank during times the ice was questionably thin, I changed my plan. I made a better one.

The Torne has two large towns, Lulea and Kiruna, and a few villages, scattered here and there along its course. That meant shops and supplies. A better plan meant no villages, perhaps an occasional shop or gas station somewhere along the way, but I actually had no idea.

The plan was to start on the banks of the Torne river in Sweden, well within the Arctic Circle, head north overland to the point where Sweden, Finland and Norway all meet, turn right, or east if you are that way inclined, and head across Finland or Norway, perhaps both, to the Russian border. That was it: vague and simple. There would be scores of creeks, lakes and rivers to cross, but it wouldn’t be the Torne, where I would have to nervously ski along a frozen river all day, huge volumes of water pushing fast and hard beneath the ice, under my feet.

Now to find a Team Mate or two.

I put a request to find a Team Mate on a well known British explorers website. I wrote the request off the cuff, without much thought, and here it is in its entirety (with my contact details removed):

“I would like to find a Team Mate or two for a cross country skiing adventure across Arctic Scandinavia. Nothing really planned as yet and it would be for late 2023 (dark and cold!) for about 2 months give or take.

This would involve pulling a pulk and camping. Stopping off at the odd shop if there is one would be fine: this is not an against nature trip -just an adventure outdoors.

I have experience in doing cross country skiing in extreme cold. Looking for someone who would like to plan and get it together with me, trying to make it viable and as cheap as possible without compromising on gear safety. I’m Old School Outdoors, which means if the mobile breaks, I won’t cry (good luck keeping that thing charged!). The trip will be slow with moments of ‘why am I doing this stuff…’

Experience to endure might come in handy; the rest, well, you learn on the job, right! This is a very non-commercial Trip.”

And the emails flooded in: how the hell do I now sort this out!

I just can’t get the measure of person on a video call. Whatever platform or app that’s used, it’s always the same: a two dimensional image saying all the right things, never having bad days, let alone a crisis, and often looking fabulous. Meeting someone in person is completely different; even if I’m not one hundred percent sure, a real sense is there, an abstract measurement that yells: you’re in or you’re not. There’s no other way for me. Besides, how do I, myself, come across on a video call to a total stranger, what prejudices do I trigger and which fuses do I inadvertently light?

Of course, everyone was fabulous on email: rather daunting, in fact. Amy personnel, triathletes, experts and superheroes. Some of them were even planning big trips to Antartica and the south pole, had been across Greenland, Alaska and probably the moon (I heard it is cold up there). What the hell did they need with me? Why were they even interested in my disorganised trip? That was a question I asked myself over and over again, until I eventually understood: what I was proposing was completely bonkers. This wasn’t a sponsored trip to the ends of the earth: this was harsh and dangerous and in Europe, an adventure, affordable to most. There would be no flat ground and rock-hard ice to pull a pulk (sledge) towards the south pole or a far-away peak, only questionable snow, which may be hard or complete slush depending on the day, and suspect frozen water, some inclines and descents that may need the use of rope. And, of course, no champagne or a heroes welcome if we ever made it home again. I started having my own doubts now. Was I up to the job?

One thing I learned very quickly when meeting people face to face, was that those who were mega fit, having spent years training and honing their bodies for triathlons or some other super human feat, didn’t want to lose their hard-earned physical prowess. And on this trip they certainly would lose it, fast: muscle loss, exhaustion, hunger, wasting, freezing, misery etc, for two months or more. Those people quickly disappeared and I rejected all super heroes, as I wasn’t one myself.

The list got smaller. I was left with the ordinary: a lawyer from the UK, who had a wealth of outdoor experience, and a Polish nuclear physicist who was also a ski instructor and conveniently lived in Sweden. Not so ordinary in their day jobs, perhaps, but perfect in their mindset, their expectations. Failure was an option I told them, but if that were the case, whatever we eventually did, whatever the route, it couldn’t be called a failure: we would be out there doing it in the freezing cold, alone. Slow and steady, a river crossing may be too dangerous and need a long detour, which meant, as the crow flies, no progress that day. The more I tried to put them off, the more they seemed to love the idea: enthusiasm for the unknown, where success and failure just don’t figure.

I did have to fly to Amsterdam to meet the nuclear physicist, but this was a price worth paying. Finding a Team Mate is not easy and never cheap! 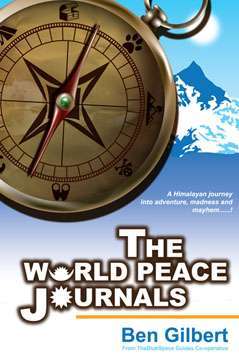 High Altitude and Chocolate a true bluespace tale, with only names changed Tall Boy was huge, six feet six inches or more, with the backpack to match. Chekhov, not as tall, was a respectable 5 feet eleven inches. His backpack had a girth that matched his sizable shoulders. Two men: one fit, experienced and seasoned; […]